This post may contain affiliate links. I may receive commissions for purchases made through links in this post.

Looking to start composting, but don’t even know where to begin? Don’t worry. We’ve got you covered. This beginners guide to compost gives you a solid foundation on the basics on composting so you can figure out the best method of composting for you, and what steps to take next in order to enrich your soil and keep food out of the landfill.

Compost is a natural process, don’t overthink it

To a novice, composting can feel overwhelming. It is true that there is a science to proper composting, but that doesn’t mean it has to be difficult. After all, if an apple falls from a tree in the wild, it will eventually decompose. The same goes for animals that die in the wild- living things naturally go back to the earth without the help of people or proper composting methods.

So rest assured that no matter what you do to keep food out of the landfill, you can’t mess it up too much. Food, and all living things, have a way of naturally breaking down on their own. You truly can’t mess up the process because decomposition will happen with or without you.

Composting is simple because nature does the hard work.

That being said, there are still some hiccups with composting that most people want to avoid. This includes: keeping bugs out of the compost, not attracting rodents or bears, and keeping your compost from smelling like sewage. There are a bunch of really informative books about composting, but if you are just starting out and want to learn a little more about composting, this article is for you!

Compost is one of those fun words that can be a noun or a verb. You can compost your food. You can also use compost on your plants. Such a fun word, right?

But, what exactly is compost?

Used as a verb, compost is the the action of making food and yard waste into compost.

Used as a noun, compost is decayed organic material that is used as plant fertilizer.

When we say organic, we don’t mean “organic, free range, pesticide free”, although that is definitely a plus for your nutrient rich compost. Organic in this sense means carbon based living matter. Basically, all living things can be composted, or at least returned back to the Earth.

In simpler terms, compost is typically food waste that has decomposed enough to make nutrient rich soil that doesn’t need as much water, fertilizer, or pesticides.

How do you make compost? What are the different types of composting methods?

There are dozens of right ways to make compost and a bunch of different types of composting methods. The one you choose should be the one that fits your lifestyle.

These are the most common composting methods to make compost:

Or you can just toss your food scraps outside and see what happens. That is how I grew up. We had 12 acres of land and literally just threw our food scraps outside. We had a pig and a dog who ate most of the food scraps, but the rest went directly on the land to decompose naturally. And don’t tell the HOA, but I still do this with some food that I know the birds will eat.

What are the steps of composting?

What do I need to know about the carbon and nitrogen ratio in compost?

Now, this is where things get confusing and where most people get overwhelmed with composting. There is a specific carbon to nitrogen ratio. The most commonly cited ratio is 30:1 brown/carbon to green/nitrogen rich materials.

If you are a hard core gardener or a farmer who needs a specific type of soil to grow different types of plants, then you should learn more about the carbon to nitrogen ratio. If you want to learn more, I suggest buying the book Let it Rot. It is a simple guide to composting.

Since this is a beginners guide to compost, you are probably someone who is simply trying to keep food out of a landfill, enrich your soil, and try your hand at composting without the hassle of learning chemistry. Don’t fret about these ratios. Do your best with what you have and file it away as something to learn more about later.

The simplest way to mix your carbon and nitrogen is to cover your food waste (typically green/ nitrogen rich) with a layer of nitrogen rich material. If you are doing a tumbler or pile, you can toss dead leaves, small pieces of paper towel rolls, cardboard, or paper bags on top. As long as you are covering up the green material, the nitrogen will keep bugs and animals away.

What do you put in your compost bin?

Well, that depends on a lot of factors, including the method of composting that you decide to use.

Here’s a breakdown of what you can compost with each different type of composting method:

Worm composting/ vermiculture- Everything above, but go light on coffee, oranges and other acidic foods. Worms don’t need as much cardboard and non food items. They do really well with small bits of food.

Soldier fly composting/ bokashi composting/ electric composters– Everything above, but with the added benefit of meat, dairy, oils, bones and in some cases bio plastics.

What should you not put in compost?

Definitely refer to the section above because it depends on the method of composting that you are using.

Traditional methods have you avoid meat, dairy, oils and bones, but newer methods of compost allow you to compost anything that grows. One of my favorite sayings for compost is “If it grows, it goes”.

Want to learn more about composting?

Read some of these other articles:

Check out some amazing books on composting: 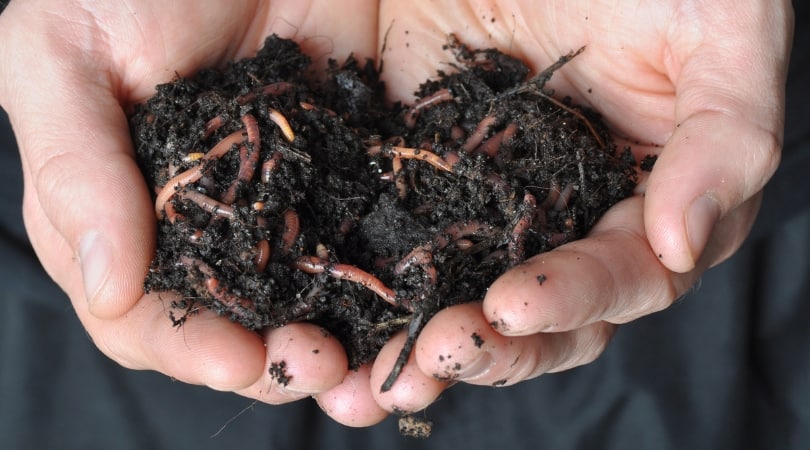 2 thoughts on “A Beginners Guide to Compost” Sustainable living for our future.

The Compost Culture was created by Hannah Rinaldi in response to our throw away culture. Although the 3 “Rs”- reduce, reuse, recycle are a good starting point, experts agree that for real change, a 4th “R “is necessary- “Refuse.”  The purpose of Compost Culture is to help educate and disseminate information as to what everyday items should be reduced, reused, recycled and refused. We are more than just a place with information on composting food. This space is the start of a culture that we hope becomes the norm in society. Follow along with us on the journey!